Austin, Texas, July 8, 2021 – Strangeworks, a global leader in quantum computing software, announced today that it is the first IBM partner to offer exclusive early preview access to Qiskit Runtime, a new service offered by IBM Quantum that streamlines computations requiring multiple iterations. Access is available now in the Strangeworks ecosystem and family of products including both the Strangeworks QC™ community platform as well as the Strangeworks EQ™ enterprise platform.

Qiskit Runtime, announced earlier this year, is a containerized service for quantum computers. Rather than accumulating latencies as code passes between a user's device and the cloud-based quantum computer, developers can run their program in the Qiskit Runtime execution environment, where IBM's hybrid cloud reduces the time between executions.

Users of the Strangeworks ecosystem can take advantage of this exciting new technology for free starting today via a dedicated IBM 7-qubit quantum computer. By registering at quantumcomputing.com, users can utilize the full assortment of Qiskit Runtime programs currently offered by IBM Quantum, as well as additional Runtime programs as they become available.

“Our partnership with Strangeworks is the first step in evolving how IBM Quantum works with our partners to further define the market and democratize quantum computing,” said Aparna Prabhakar, VP, Partner Ecosystem & Strategic Alliances, IBM Quantum. “Strangeworks is providing developers the ability to integrate Qiskit Runtime programs directly into their quantumcomputing.com projects. This is a great step towards extending access to developers who want to work with quantum circuits and classical processing.”

With today’s announcement, Qiskit Runtime is now integrated across Strangeworks’s portfolio of products, and is easily discoverable and simple to use. From the portal, users may browse the latest Runtime programs and drill down to access detailed program information and sample code. Additionally, Strangeworks has included ready-to-run examples for each Qiskit Runtime program, complete with automatic result generation and visualizations. All of this new functionality was designed with user experience in mind, and is built atop Strangeworks’s pre-configured execution environment available via quantumcomputing.com. 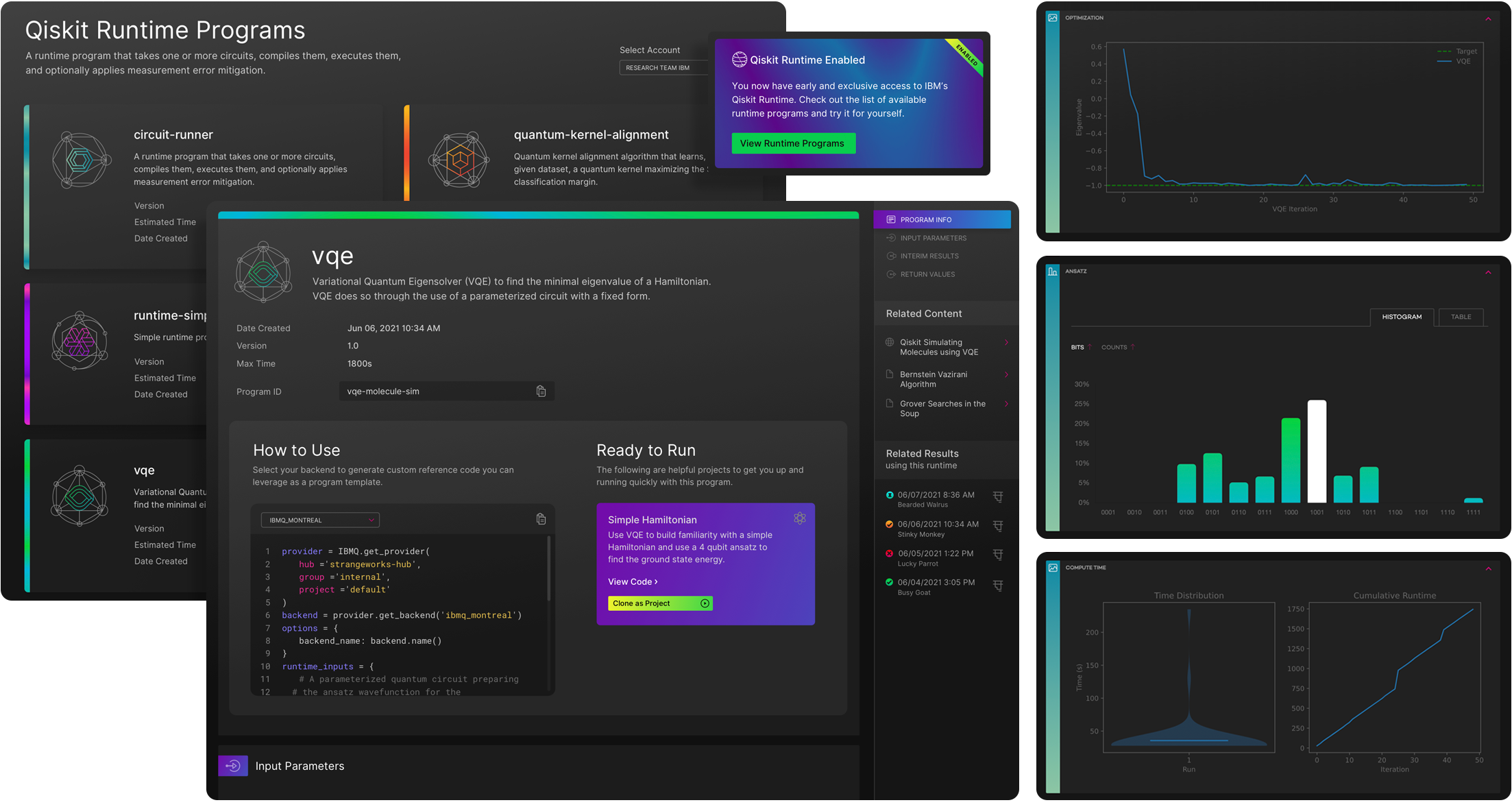 “We’re excited to provide our community and our customers with this exciting new release which is available exclusively for early preview from Strangeworks,” said whurley, founder and CEO of Strangeworks. “The combination of Strangeworks’s best in class quantum cloud and IBM Quantum’s Qiskit Runtime will allow users around the world to take full advantage of a dedicated IBM 7-qubit quantum system, and future devices.”

The addition of Qiskit Runtime into the Strangeworks ecosystem is yet another step towards building true applications on quantum computers and part of the company’s continuing efforts to Humanize Quantum™; making quantum computing easier and more widely available to a larger, more diverse group enthusiasts, contributors, researchers, and developers.

About Strangeworks
Headquartered in Austin, Texas, Strangeworks is a group of experienced serial entrepreneurs, enterprise software developers, and quantum physicists who seek to humanize quantum computing and make it accessible to everyone. By guiding companies through the confusion of quantum computing, Strangeworks helps accelerate the integration of this new technology in corporations, universities, and enterprises.

To learn more about how Strangeworks can accelerate your quantum journey visit https://strangeworks.com or start learning for free on Strangeworks QC™, available at https://quantumcomputing.com.

Ready to get strange?

You’re minutes away from experiencing all the quantum. Create your own account to get started.